Continued from Crazy Train ~ part 1 ~ All Aboard

My brother Mark and his wife and my sister Amy and I had tickets for a week in Cuba and I was determined to go.  I was looking forward to getting out of our messed up house with it’s temporary kitchen and dust everywhere.  I was determined to go.  I may have mentioned that already.  I figured it would do my cough good to get into the sun even though I had coughed up a bit of blood earlier that day.

When I met my sister Amy at the Toronto airport she noticed immediately that I was holding my body rigidly.  Her big blue eyes searched my face as she asked me if I was okay. My green eyes began to water as I said: I have a few problems right now.

The first two days in Cuba were fine.  We walked on the beach and swam and laughed and Mark played his guitar and we all sang a whole lot but, my bronchitis was not improving.

It was worsening.  I was not sleeping hardly at all due to the coughing fits I was having.

Amy, Mark and Irene went out in the evening to watch the band.  I was going to stay and rest, I said.  Mark was going to play a song and he was looking forward to that.  Our rooms were about a five minute walk to the area on the beach where the music was to be performed.  After they left, I decided to put something comfortable on and walk over and stand in the sand to just listen.  By the time I walked to the walkway to the beach, tears were streaming down my face due to the beauty everywhere and how frightened I was of what lay ahead.

I knew it would be psychosis and psychosis can be a very scary and a very lonely, joyless, black place.

Someone in the band saw me crying with my feet deep in the silky cool sand likely trying to ground myself and he whispered to his band mate.  Suddenly they were playing, ‘No Woman No Cry‘ by Bob Marley.  I just silently cried some more at how sweet they were to try and help me with their music.  I realized again just how much I love Cuba.

However, I could not sleep.

I would lay in bed staring at the ceiling and then, by the third night, the visions and the outrageous thoughts started: I was the Virgin Mary. I was the one meant to save the world. There was a numerology aspect. I was born on 03-03-66. my only son Leo was born on 09-08-99. I was 33 when he was born.  Mom was born in 16-06-30 and she had been 36 when I was born.  My business was Incorporated on 06-06-06. So, lot’s of threes (and sixes and nines, all divisible by three).  There were three in my family.  Three was a special number, as a former Catholic I knew this well.  The number of the Holy Trinity in Christianity.  My mind churned these thoughts — twisting and turning them, over and over making me fall into insanity.

Then, I was having conversations with God. My birth family would all be saved from the coming world crisis if we gathered on a tropical island together. My pulse raced. My stomach churned with butterflies.  My bowels turned to liquid.  I was all keyed up and it was impossible to sleep. Mania was taking over my mind and I was familiar with it. All aboard the crazy train folks… 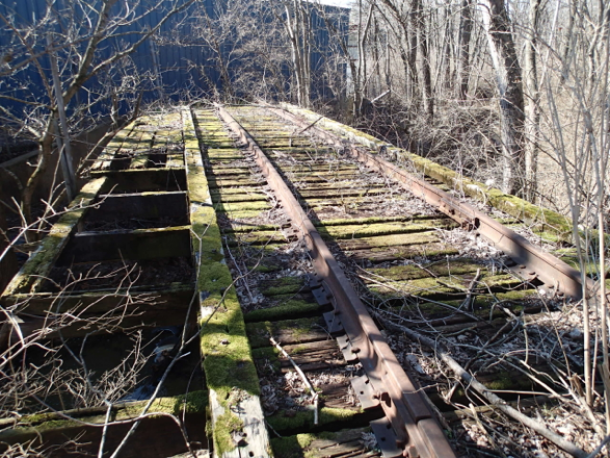 Things rapidly deteriorated from that point.  Luckily our week was almost up.  Mark and his wife began furtive preparations for home while Amy watched over me. I just wanted to walk around the resort and connect with every possible person in my vicinity. Mark and Amy were worried I wouldn’t be permitted on the flight if I was acting too manic, so Amy and I went to the medical clinic where a very kind and gentle doctor, while holding my hand, shot a huge syringe of tranquilizer into each cheek of my ass.   Amy said that it was enough tranquilizer to drop a horse.  But guess what, I was still manic with no tranquility in sight.  I popped off the bed like the Energizer bunny.  By the time we got to the airport though, I was much more calm but still no sleep.  I should have been slumped over, drooling, in deep sleep.

Now, I was taking the hands of total strangers, gazing deeply into their eyes and telling them all about their lives and how to improve it. Funnily enough, people seemed to really want to hear what I was saying to them.  It was bizarre.  One man told me I was the most honest person he had ever spoken to.  Meanwhile, my brother Mark was running around trying to keep me safe and to act normal so that the airline people would allow me to fly.  I, of course, was oblivious by this point.