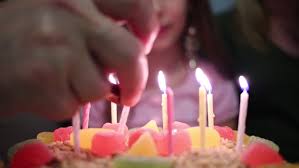 Back in 1981, my parents were living separately in our bungalow. Mom had the basement and Dad had the upstairs.  They shared the kitchen.  Mom started dating an alcoholic she met at the Legion.  I loathed the way she behaved in those months.  She started wearing really tight clothing and tons of makeup.  She was going out to the Legion many times a week and behaving like a love-sick cow.  It infuriated and sickened me.  My fifteen-year-old self was ashamed of the person I had worshiped prior to that.  I think Mom was rebelling and binging on that aspect of life because she had been depraved of affection and love by Dad for years.  It was just sad.

I used to make phone calls to my eldest sister, Eva, who was married, and tell her my woes.  I would tell her how Mom and Dad were always fighting and bickering.  Soon, she invited me to live with her and her family, three-hours away in Leeford. Later that year I would come back to visit and by then, Mom had gotten an apartment, a 1.5-bedroom apartment above the Knights of Columbus Hall up by St Mary’s.

My little brother Luke was living with her and while there, slipped into a shadow of his former self.  He continuously watched television and became very quiet and sullen.  It would break my heart to see what my little brother had become in this dysfunctional arrangement.  I blamed myself for decades afterward, that I had abandoned him there.  Finally a wise therapist told me to let that go.  I was just a child myself at the time.  It was not my fault. The other adults should have been there to help us through it, she explained softly while I wept, in her chair.

Anyway, living with Peter and Eva, I realized that every family  has their problems and pressures.  Sometimes I would wake up at night and hear them arguing with each other about money.  Taking in a teen isn’t without cost.  I knew that I needed to chip in. I picked up many babysitting gigs and even braided the hair of a few ladies on the street. For a couple years, french braids were at the height of fashion and, I could braid.  Layla, my red-headed friend who had moved away had taught me.  I would charge $10 – $20 for a braid and that was a lot at that time.  The ladies would gladly pay me because their long hair would be up and out of their way for days in a good braid and, they could go out on the town with hubby and be in style. 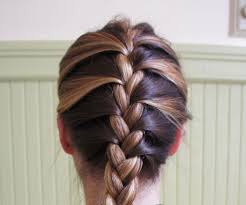 When I had a free night, especially on a weekend, I would call some parents and let them know I was free. Nine times out of ten they would call back and hire me to babysit for the night.  I don’t buy groceries or anything with my money, but, at least I didn’t need to ask for any spending money. I also paid for my driving school with that money.  I was very eager to learn how to drive and I firmly believed in learning correctly. Interestingly, I later became a Transportation Officer in the Army and then a Driving School owner.

Eva took me down to enroll in the Catholic High School for grade ten.  I would take the bus every day.  The bus stop was only a minute away.  The problem was, going to Catholic High was going to be a huge change.  I had been going to St. Stephen’s in Walden.  163 students went to St. Stephen’s.  2000 students went to Catholic High in Leeford.  It was huge.  I was completely lost there.  I had been a total jock at St. Steve’s.  On every team.  Excelling at almost all my subjects.  Known by all.  At CH it was a different story.  I didn’t make the basketball team.  I just could not believe it.  I went to the coach and begged my way onto the team.  She told me I would likely ride the bench all season.  I said, ‘I don’t care.  Please let me play.  I will not survive here without basketball.’

Basketball practice was every morning at 7:30. I had to take the city bus for 45 minutes to downtown then run five blocks to CH, then run for an hour of practice.  Normally that would be no problem, because I had been super fit.

However, at that time, I had become anorexic.  I was living on about 800 calories or less per day: a tiny breakfast of half a pita with 1 precise tablespoon of peanut butter and exactly 8 oz of skim milk that I mixed from powder into a plastic cup each morning (blech!!!); an apple for lunch and the smallest dinner I could get away with. Eva was watching and I would try not to upset her.  I didn’t want her to know my secret.

I was growing and I was expending a lot of calories for basketball.  I was extremely emaciated and lacked any muscle tone and had very little strength.  I really don’t know how I physically carried my frame around for the day.  The human body is an amazing machine. 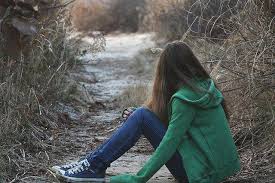 The anorexia started innocently enough.  Eva had started going to Weight Watchers to lose the baby weight from her second pregnancy.  Her first born was now two.  She asked me if I would like to eat the same way as her.  We could do it together.  But, I did not need to lose any weight.  My body was an average size and quite muscular.  But, I was open to trying this new thing with my sister whom I looked up to so much.

I loved doing things with Eva.  We had a lot of fun together and did a whole lot of laughing together.  But, as I started restricting and losing weight and then going back to Walden for a visit, my friends made quite a big deal about how great I looked.  I thought I should lose even more.  I have very strong willpower when I draw on it, so restricting even more was possible.

It wasn’t at all fun, but, by this time it had become a bit of a weird addiction and a secret project which somehow gave me comfort — ridiculous, I know.  I was riddled with fear.  Worried that if I ate as much as I wanted, I would get very fat very fast. I was ashamed of myself for being so self-centred.

One day, I was out with Eva running errands.  I was walking up to this window of this storefront.  I was watching the reflection of this skeletal figure walking up to the window and I was looking to see who it was.  I did not recognize myself.  I was that skeletal form but, when looking at my reflection, I saw a fatter body.  Dysmorphia is what they call this phenomena. 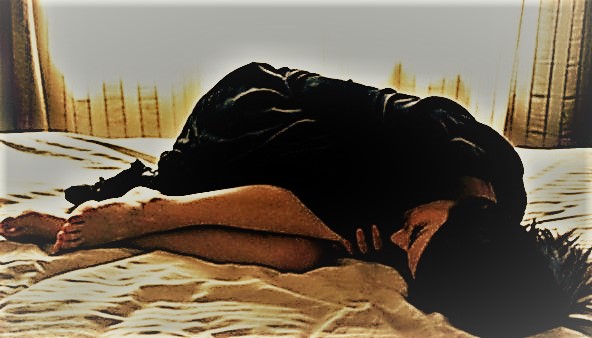 I continued this way for the year – holding out even though Eva would scream at me to Morgan please eat!!!!.  By the end of it, I was about 80 pounds and was getting sick a lot, always freezing cold, no period, short of breath, thinning hair, bad breath, coated tongue and of course, always starving and suppressing it.  Anorexia is hell.  It truly is. Do not go there.  Please don’t.

From my research now, I have learned that Anorexia Nervosa is a mental illness.  I would have several more battles with mental illness in the future, but not for nearly two decades. 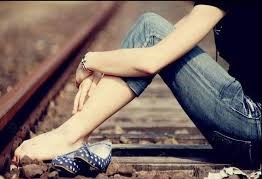 I had strep throat over and over that year.  My immune system was shot.  Going to see Eva’s doctor, a European with blunt speech, asked me if I was losing this much weight on purpose.  I remember liking how he worded that question. I opened up to him and told him the truth.  Right away he organized a counselor to come and see me at home a couple of times per week.  The counselor was wonderful.  I really liked her.  She explained to me that I needed to put more fuel into my body.  I had been complaining about not having any energy (do ya think?). I liked how gently she explained these simple matters to me.  She helped me to stop the behaviour.

However, I was terrified of opening the flood gates of eating.  I thought I would never be able to stop once I started.  I was starving but I was afraid to eat.  So, then the bulimia started.  I would open the flood gates.  I would eat thousands of calories in cookies, chips, cake, baked goods and then I would take a large dose of laxatives. Chocolate X-lax was my purging tool because I was unable to make myself vomit.

By the middle of the night, my guts would be gurgling. But, it would do the trick.  Everything would be voided explosively into the toilet.  Sometimes it was quite embarrassing, depending on where I was when the void wanted to begin and, it was never funny like the time in Virginia with my friend Nancy when I was large with pregnancy and drank way too much prune-juice. 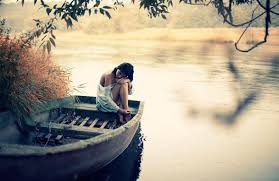 The Bulimia went on for about another year or so and by then I was living back in Walden and attending grade eleven.  For years, I would go through times of wanting to lose weight again and so would start to restrict, but, it always led to binging and purging again.

Joining the Army put a stop to it for a while because I simply had no time or energy to devote to body size.  But, the demon returned in the form of exercise bulimia, orthorexia (obsession with finding the most nutritious foods) and food rules and restriction and preoccupation.  It stopped in 2017 (Read Feelin’ Fine), three and a half decades later.  Now, I am able to happily refer you to the following: 8 Ways to be Free of Diet Culture 🎈