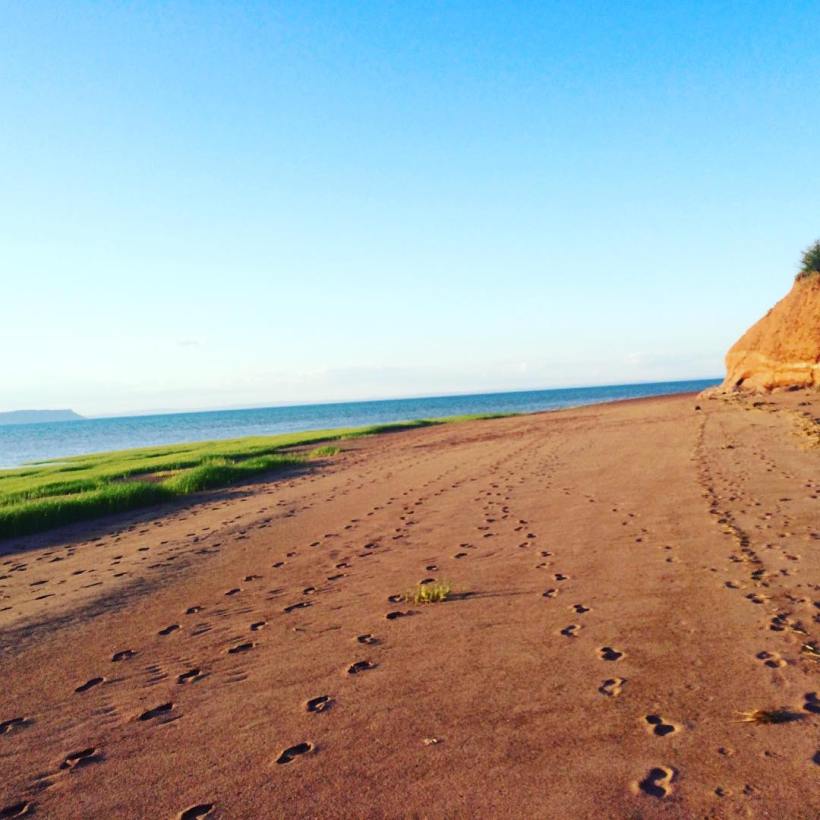 I know we’ve come a long way,
We’re changing day to day,
But tell me, where do the children play?
~Cat Stevens

We moved into our six-bedroom red brick bungalow in Barrie, Canada on Hallowe’en day of 1970.  An auspicious day.  I was four years old and extremely excited!  Our next door neighbours, The MacNeil’s, were a big family of eleven and Ben MacNeil was five years old — a built-in buddy right next door.  And buddies we were.  Within seconds of arriving Ben and I were fast friends and could be seen chasing each other around the outside of our new brick bungalow.  I was gonna like it in this house.

From that moment, Ben and I spent almost every waking minute together.  We played house and school and hide-and-go-seek.  Often, because of the sheer number of kids between our two households, we would have huge games of Red Rover and British Bulldog, or 500-Up in the MacNeils’ huge back yard.  One time, the MacNeils got a new game of Croquet.  We played it non-stop for days.

In the winter we would go sliding on the MacNeils’ very own sliding hill at the back of their house.  It was a perfectly steep hill which led into the parking lot of an eight-story apartment building that we imaginatively called: ‘the apartments’.  Sometimes there would be twenty or more kids out there in the dark, with just the reflection off the snow and a few parking lot lamps to light the path.  At other times it would be just Ben, my younger brother, Luke, and Ben’s two younger siblings.

The MacNeils lived in a mansion.  They had something like ten bedrooms, four bathrooms and a huge recreation room upstairs at the end of the house where parents never ventured.  Their dining room had the longest table in it that I had ever seen.  We would often do our homework at that table.  I would marvel at how neatly Ben did his assignments.  I aspired to be just like him.

There was also a piano in there.  We both took lessons but Ben went a lot farther than I, achieving levels of local celebrity status on piano. Ben’s older brother Noah was an idol of mine.  He always had the most incredible ideas about what we should all do together.  He would make up elaborate games or he would teach us how to be artistic.

Sometimes we would get to play hide-and-go-seek in their house on the second floor and sometimes, when Mrs McNeil wasn’t aware, even in the Attic.  There were secret hiding places and cupboards everywhere.  Ben’s room had a secret room inside his closet.  We spent hours in there.  Their house was so much fun!  During one game, we looked high and low for teen-aged Ethan who would have been the same age as my brother Mark.  No matter what we did, he was nowhere to be found.  Finally, we checked the cupboards that ran along the top of the twelve foot walls in the rec-room.  There he was.  I could never understand how he had managed to get up there.  I was impressed.  Playing with the MacNeils was so much fun!  We would never want to go home at the end of the evening, when it was time.  We would hear Dr. McNeil shout:  ‘It’s time for the Players to go home!”  We would quietly make our way home, back to our boring little bungalow next door.

The MacNeils had a cupboard in their kitchen that was stuffed full of cookies and sugary cereals.  At our house, we had gingersnaps, and that was on a good day, and then only two each and they were never just sitting in the cupboard.  They were hidden.  The cereal choices at our place were simple: puffed wheat, puffed rice or shredded wheat.  Sometimes, if we were good, we got plain Cheerios or Shreddies.

After some of my older brothers and sisters moved out on their own though, the choices got better and they almost always included Shreddies and Cheerios and then CornFlakes! I can still conjure up the feeling of extreme privilege that came along with that cereal. We also got real milk then too. 2%. Prior to that it was skim milk mixed from dry powder (blek!) which later became powdered skim mixed with 2% milk.  When it was just Luke and I at home, Dad started buying homogenized full fat milk. It was like drinking ice-cream.  That was sheer luxury after the watered down and often involuntarily gag-producing taste of powdered skim.  When Eva, Amy and Matt came back home for a supper meal, on occasion, they would comment on how spoiled we were now that we were being fed the higher quality groceries.

Mom bought groceries on a tight budget.  We had simple but good meals.  Things like sausages and tomato sauce, scalloped potatoes, shake-and-bake (the odd time), spaghetti and meat balls on Sunday night, Pate Chinois (pronounced pot-tay sheen-wa), which was my favourite meal) and we always had a green salad with supper, and then after all the plates were nearly licked clean, we were permitted dessert.  Sometimes Dad would still be hungry and would finish off our meals for us.  Other times he would angrily and loudly tell us to Eat Up!

About twice per month, we would have left-overs or home-made soup–basically a huge pot of soup made from everything left in the fridge before the new grocery order was bought.   We fondly referred to it as home-made poop because when you’re a kid, you don’t tend to like things to eat that aren’t completely decipherable.  All we could decipher out of Mom’s soup was a pea here and there and perhaps a piece of carrot.  The rest was left to the imagination.  One time I absolutely refused to eat it and found myself still staring at it, while it congealed and turned cold, at around 7 o’clock that night.

Supper had always started at 5:30 SHARP as soon as Dad walked in the door and sat down at the table, sometimes pounding the table with his fists – an indication of his hunger.

We tried to keep things calm at the supper table. Mom would bounce up and down from her chair getting this and that and, ‘Mom, while you’re up, can you grab me a glass of water?’

Sometimes Dad would tell stories about Schollard Hall and put on his falsetto voice imitating one of his teachers.  We would all laugh.  Usually our meals were not calm though, someone would spill a glass of milk.  Then Dad would pound the table and shaking his head and shout:

I HAD NO BREAKFAST,

AND NOW I CAN’T EVEN EAT MY SON-OF-A-BITCH-OF-A DINNER!

The MacNeils had their groceries DELIVERED from IGA on a Saturday afternoon. Sometimes I would witness the arrival of the grocery truck backing up to the MacNeils kitchen door.  I had never seen so many boxes of great food in my life.  They even had a freezer full of fudgsicles and they didn’t even have to ask before having one.

In our house the groceries were pretty strictly rationed out.  Cookies and other goodies were hidden away in special places that only Mom could find.  Sometimes she’s hide something so well that even she couldn’t find it!

At Christmas time we had special food in the house.  We always got a crate of tangerines.  They were the really sweet ones all individually wrapped in purple tissue paper.  Mom would keep the carton under the couch.  She was pretty generous with them compared to other stuff.  We would also have a pound of real butter.  Mom would buy two pounds, one for shortbread cookies and the other for us to have with turkey dinner.  Wow it was good compared to the bright yellow margarine that came wrapped in waxed paper.

Christmas was great when Mom and Dad didn’t go to Florida.  Mom always bought us a huge jigsaw puzzle to work on as a family under the Christmas tree.  I’ll always remember how much I enjoyed that.  We would also sing Christmas carols and play all kinds of board games during the holidays.  Of course, most of the time, during the day, we would be outside in the snow or on the rink in the back yard.  Often the door was locked and we were forced to stay outside and make our own fun for two hours or so.

There were always so many kids roaming around, it was easy to find something fun to do — climbing the snowbanks, rolling or sliding down hills, making a snowman or a snow-cave.  In all those years though, I can not remember one adult being outside with us to play.  We were completely unsupervised and it was only if we were bleeding or on fire that we would venture home to Mom who would take us in her arms and help us with our troubles.