Guatemala was all colour.  We were agog at the tapestries hanging two and three deep on each side of the main street as we arrived in Panajachel.  We spent one day just walking around and looking at all the beautiful crafts.  We bargained for tapestries and later, met a guy heading home to London, Ontario.  He easily agreed to take woven gifts home for us.  That was a relief as it is hard to carry anything extra on a trip such as this.  Every bit of weight counts when it is on your back for hours and miles. 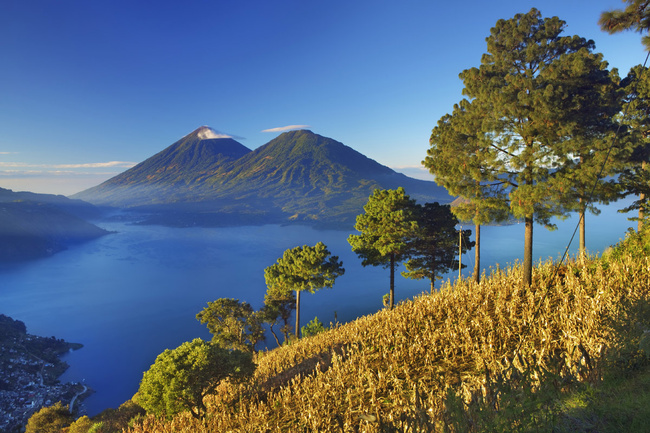 Dean and I are sitting on the pebble beach of Lake Atitlan while Leo plays with four children – digging by the shore.  The water is clear, cool and extremely deep.  A tiny girl just came by carrying an armful of necklaces and hand woven purses.

She is wearing a long wrap embroidered skirt and a colourful top.  Her hair is ink black and braided with colourful ribbons.  Our western clothing is so lifeless next to theirs.  We are constantly asked to purchase their wares.  It gets tiring to have to say no gracious so often.

Dean is reading The Princess Bride by William Goldman, aloud to Leo for a goodnight story.  It is superb.  Leo is sitting, utterly enraptured.  It is a great story of love, adventure and survival and it is funny too, as in the movie.

Here is an email I wrote home.

Dean, Leo and I are well, happy and fat with good food, drink, sun, travel and relaxing.  It simply doesn’t get much better than this!  Here’s hoping that all of you have enjoyed the holiday season to the absolute fullest!

Before I give you an update about what the devil we have been up to, I would like to tell you that our four-year old Leo enjoyed a lovely, little Christmas in Palenque Town, Chiapas, Mexico.  He went to bed only after laying out a stocking and a note to Santa at the end of his bed and leaving a huge piece of chocolate loaf for he and his reindeer on the bureau.  He awoke, bright and early to find the stocking full of goodies and a brand new Lego racer toy, exactly the one that he had wished for!  Imagine that. 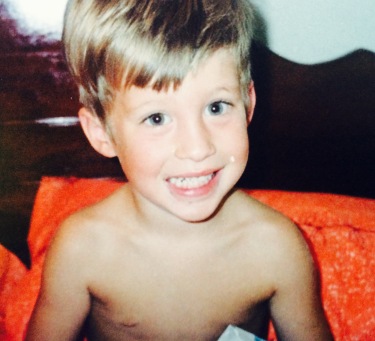 Here is his big smile even though his Christmas loot was quite small. The box was just a little bit squished but that was understandable, since Santa had his sled packed as tightly as our backpacks have been.  We then spent Christmas day at the amazing Mayan, jungle enshrouded ruins of Palenque.  Leo ran in, out, up and down the ancient stairs, passageways, tombs and temples and squealed at how cool it all was.  Just like a great big fort!  We took the earliest bus and therefore arrived quite early in the day and so were able to enjoy the ancient ruins without crowds.  It was a very special Christmas.  Later, we met and tried our best to communicate with an Italian family.  The only Italian we speak, though, sadly: spaghetti, ravioli, fettucine, did not really work itself well into the conversation.  There was a lot of gesturing and Leo found this very funny.

We have completed a lot of little adventures since Christmas but the highlights have been hiking for several hours, on a tiny, cliffside footpath, around the huge and wonderful Lake Atitlan on New Years Eve day and marvelling at the volcanoes.  We did this hike with Bo and Tine from Denmark.  I nearly had five heart-attacks as Dean carried Leo on his shoulders for the steepest part of the trail.  If Dean had slipped, it would have been certain death as the drop was hundreds of meters and the steep angle of the hill, combined with the loose scree, would not have allowed for him to stop.  I seriously could not look.  Dean was so nonchalant about the whole thing.  He is not one bit worried about heights and he is very sure-footed. Me, not so much.  It was a very hot day and the dust was extreme.  By the time we were done, I was a wreck.  We ate a nice lunch – I should say, we FELL on a nice lunch and devoured it.  It was at a lakeside restaurant and quite lovely. 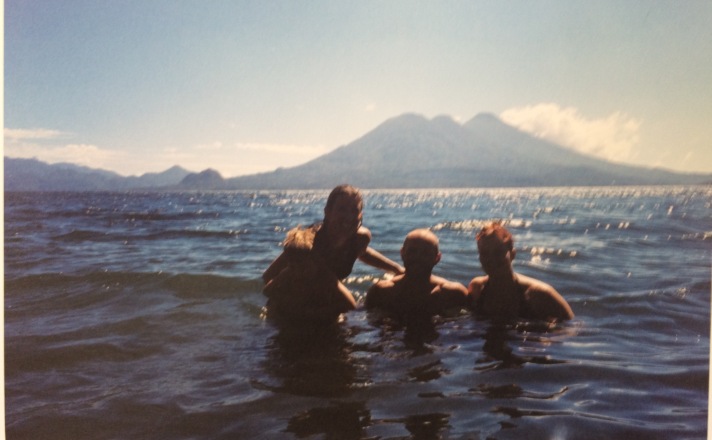 Next we swam in the very deep (340 meters!!), crystal clean, cool waters of Lake Atitlan and then made our way back to our hostel in Panajachel. 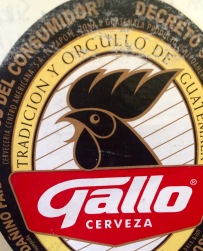 Guess what we were having for supper: chicken and beer.  Yum.  It was the best darn chicken and beer I have ever had.  We made a picnic of it in our room – the only furniture being our bed, we put a blanket on the floor and after cleaning up in our cold-water only bathroom, we sat down for our feast.  Just then…BANG!…BANG!…BANG!.  It seems that gunshot was the mode of celebration.  It didn’t really matter.  We were exhausted and slept easily through all the noise.

Another great but simple memory will be the ride from the lake to this beautiful city of Antigua.  We were on a chicken bus, which became quite crowded at one point — probably 200 bodies were on this converted school bus.  This tiny little Mayan girl found herself sitting next to me (Dean and Leo were somehow in the seat behind me).  She was a sleepy little thing. She looked up at me with the sweetest eyes, checking me out, then she simply curled into my side and fell asleep like a warm, soft, little cat.  Her exhausted mommy, with three other small ones around her, gave me a huge, toothless smile and on we rolled through the countryside. We peered out the windows agog at the patchwork fields of vegetables on terraced hillsides seemingly too steep to climb, some had to be at least a 70-degree incline.

The last highlight has to be watching Leo playing with the various children and other traveling families whom we have come to know as we go.  We were lucky enough to be in the room next to a Quebecois family with three children, two boys age 7 and 9, and a girl aged 13, in San Augustino, Mexico.

Leo would awaken each morning with the first light and jump up asking if the boys were up yet.  They had boogie boards, which they took the time to teach Leo how to use.  He is such a little fish.  It’s great.  At that beach Dean had the good fortune to be in the right place at the right time for a pick up game of bare-footed beach soccer with five Mexico City students.  He held his own pretty good too!

We will leave Antigua tomorrow or the next day for Rio Dulce and then to the Bay Islands of Honduras.

Here’s wishing you all the best of love, and hugs and hoping, once again, to hear all your special news. ~Morgan, Dean and Leo in Guatemala

Writing this in 2017, I fondly remember our time in Guatemala.  On Jan 4th we climbed a steaming volcano.  Going up the hill was somewhat tough, especially the last forty minutes on the scree of the cone.  There were high winds and it was cool.  Leo did very well.  I was terrified at the top as people neared the steaming hole to take a look.  I wouldn’t go near it and held fast to Leo.  Coming down was a blast: sliding on the scree and giggling all the way down.

The only part I did not like was the Guatemalan Caribbean.  Back then, anyway, it was not in good shape there.  A lot of garbage everywhere in town and all along the beaches.  A lot of over-drinking by the local people.  Hostels we looked at were unclean and untidy.  When we arrived there, it had been raining and so there was a lot of mud everywhere too.  We were exhausted and ended up splurging and spending $40 US to stay in a proper hotel room in Livingston.  There was a pool and even though it was after dark, we all went for a very relaxing swim in the pool.  We felt like a million bucks having splurged but truly enjoyed the luxury.  So, perhaps our impression of Livingston was just our perception and tainted by rain, mud and exhaustion.  I hope so.